Like other organs in the body, a woman’s reproductive organs take shape when she is still a fetus inside her mother’s uterus. These organs include the uterus and fallopian tubes, which develop from two ducts known as the müllerian ducts. 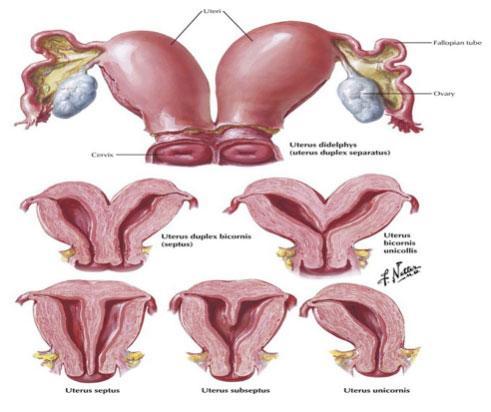 The most common types of müllerian anomalies are:

Which is a failure to form the uterus  and fallopian tubes. Müllerian agenesis (sometimes called Mayer-Rokitansky-Kuster-Hauser [MRKH] syndrome) happens when the uterus, cervix (opening of the uterus), and upper vagina don’t develop correctly or at all. Instead, there is a small vaginal opening or dimple. Women with MRKH have normal ovaries and will have normal development of breasts, clitoris, (part of the vulva) and vulva (external genetalia).  A woman is unaware she has MRKH until she is older. The main symptoms are the absence of periods and/or pain when attempting sexual intercourse. A woman with MRKH can sometimes have surgery to enlarge the vagina. Also, since a woman with MRKH  has ovaries that produce eggs, she can have children but will need to use in vitro fertilization (IVF) and a gestational carrier. 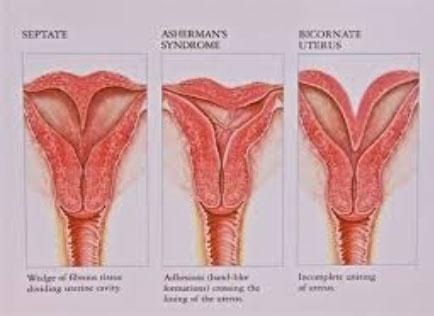 Which occur when the müllerian ducts  fail to come together correctly  Often kidney problems develop in women with müllerian abnormalities, mainly because the kidneys develop next to the müllerian system.

How Do Müllerian Duct Fusion Disorders Impact A Woman’s Ability to Get Pregnant?